We had another thunderstorm tonight. I stood under the canopy at the Citgo until I caught this lightning strike on video. 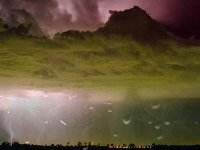 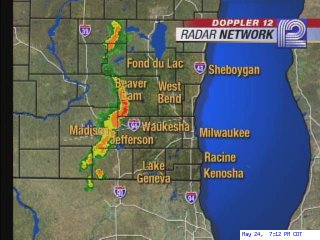 Dispatch to all Emergency Fire/EMS, from Jefferson County. (6:38pm)

Today was the annual Brewer's Festival in Chilton. It was fun day with sad overtones. Earlier in the week Bob Rowland, the brewmaster from Rowlands Brew Pub and manager of this festival, died of a heart attack. To honor him, t-shirts honoring Bob were given to all vendors.


I rode up with Mark, one of the other guys that works at the Fun Hunters Brewery.


At 1:00 PM the Festival got started and the Jerry Schneider Band from Chilton was getting set up in the same building we were in.

The Band in the Arena building is jamming German tunes and a great deal of polka dancing is going on. In the beginning of this video, if you look close, you can see a little boy sitting down. Believe it or not, he is an accordian player.

Briess Malt bought all the vendors lunch. So I had a very tasty steak sandwich and a Rowland Cream Soda.


Gilling Out (Start your diet tomorrow)

After my tasty lunch, I walked by the grills where the smoke smelled wonderful. The crew was working all out providing food for everyone at ... all » the festival and one guy was trying to convince me to have another steak sandwich.

In the building adjacent to ours, Copperbox was playing. The rest is just another crowd walk thru.

Toward the end of the festival, Chris became convinced that he had to go and get more people to come back and finish off the last of our beer. Here he goes off and brings back a couple.

Grandma got Barak a big puzzle. He couldn't wait to open it up and get it put together. Here he is puting in the final piece and then you can see him posing next to his first puzzle. Congratulations Barak, and THANKS Grandma.
Written by Ray Albarelli at 5/19/2006 08:16:00 PM 0 comments

The Monthly Meeting of the Astronomical Society

Tonight was the last monthly meeting of the Milwaukee Astronomical Society until September.

The meeting was a pretty good one. Gerry Somolyk, gave a Powerpoint presentation on his trip to Turkey, which took place on Wednesday, March 29th 2006, to see a total eclipse of the Sun that was visible from within a narrow corridor that traverses half the Earth. The path of the Moon's umbral shadow began in Brazil and extended acrossed the Atlantic, northern Africa, and central Asia where it ended at sunset in western Mongolia. A partial eclipse was seen within the much broader path of the Moon's penumbral shadow, which included the northern two thirds of Africa, Europe, and central Asia. For more information about this event, click here. 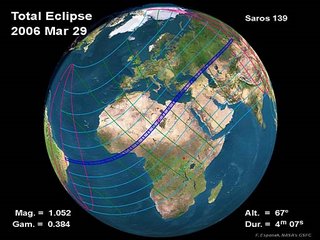 Here is video I took of the Society grounds prior to new member orientation:


During the meeting of the board, between and 7:30 pm and 8:00 pm, there is an opportunity for new members to learn basics of astronomy as taught by a senior member of the club. Since I have joined the club, Bob Manske has handled the orientation. New members usually meet in the Z Dome for these sessions. The Z Dome is the largest of the domes on the Society grounds.

Here are a couple of videos of the inside of the dome, one before the orientation started, and one just as it's about to end.
Inside the Z Dome - Part I


Inside the Z Dome - Part II

After the meeting, Jordan ran to Burger King to get something quick to eat, but were disappointed to find it closed. So we had to settle for Taco Bell. We came back to do some star gazing.

We got to see Jupiter and Saturn, which thrilled Jordan, Tristan and Caleb.

I also spent some time in the building below the Z Dome using the CCD. Neil was at the helm and he found globular clusters M3 and M5 along with the Black Eye Constellation. 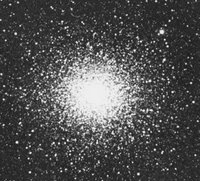 Messier 3 is one of the most outstanding globular clusters, containing an estimated half million stars. It is famous for the large number of variable stars discovered in it. 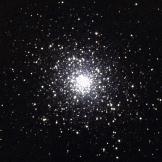 M5 is one of the larger globular clusters known spanning 165 light years.

M64 is famous for its conspicuous dark structure which is a prominent dust feature obscuring the stars behind, thus it's most commonly referred to as the Black Eyed Constellation.

After work this morning, I stopped at Mary's Cafe for breakfast. I ordered the Mexican Skillet and was very dissapointed. The menu said it would be made with taco flavored meat, but I didn't taste any taco flavoring! It was far from any hint of Mexican flavor, and it was excessively greasy. When I told the waitress I was unhappy with the order and why, she didn't seem to care. I'm not sure I'll go back.

The skillets at the Cafe on the Park in Lake Mills are so much better. I also recall that Mexican breakfast I had a D.B. Puffins in Jefferson with my brother, it was vastly superior to my experience at Mary's.
Written by Ray Albarelli at 5/15/2006 09:23:00 AM 0 comments

We took Donna to see Old World Wisconsin in Eagle. We got kind of a late start, but still had an enjoyable couple of hours. Here are some pics and videos of our experiences.

In this next video, we are sitting outside the farm with the black kitchen. The kitchen has this very large chimney where meat can be hung for smoking. Barak discussed this room a bit as Kimah walks in the garden and Jordan sits on the porch.