Slept pretty good today. Not as restless as I did on Tuesday when I kept hearing machine alarms going off in my sleep. Barak must have been playing fireman at some point when he woke me up with a siren sound. It sounded like an alert a packer makes when starting up.

Beginning to understand why my Dad always said "born tired and never recovered". Lately I just can't seem to get enough sleep. I slept good today, but still feel tired. Maybe its stress?

On a positive note, Dani made some baked chicken tonight with peas and mashed potatoes. Really good!

The Ford Catches on Fire 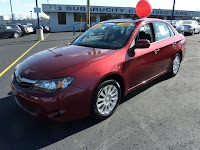 Today was quite a day. I went to Subaru City looking for a new car. I fell in love with this Impreza. But I told Jason, the sales rep, I had to think about it. After leaving, I called my credit union and it looks like I'll have to hold off getting a new car right now.

On my way home, I stopped at Kwik Trip to get gas. While I was filling up, I noticed that there was some steam or smoke coming from the passenger side rear tire. Investigation seemed to reveal some brake fluid leaking and evaporating on the cylinder. I checked the fluid levels and they seemed sufficient and I hoped to make it to Dousman Auto Repair driving slow.  I was driving at 35 miles an hour with my hazard lights on. I almost hit Waterville when I noticed black smoke billowing off of that tired in my side mirror.

I got out to see the inside of the rim on fire. You'd think a volunteer firefighter would have an extinguisher in his car. NOPE!! So I grabbed a pair of my sweats from the back seat and tried swatting out the fire, but that didn't help. Took another look and they weren't my sweats at all, but my daughter's skirt. I guess it's short enough to start a fire, but not long enough to put one out! You also don't want to use windshield washer fluid on a fire. Oh boy, does that make it flare up! I ended up calling 911 and the Dousman Police and Fire showed up and put out the fire. Thanks guys!

I called AAA and Ben from LT's Western Towing came out and towed me to Dan's place. I fell asleep on the couch at the garage until Dani showed up with the truck to take me home. That was about 2pm.  After Dani took me home, she ran to WalMart to get new tires on the Dodge. Since I had been driving the Ford primarily, we had been putting off getting new rubber for the truck. But we can't put it off any longer if I have to drive it to Milwaukee every night.

It was a pretty depressing day, I didn't get a new car, my current car caught on fire, I had to pay $550 for new tires on the truck, and I didn't get much sleep! 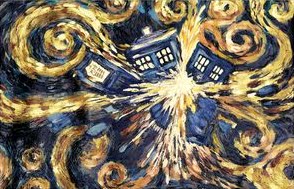 My wife got me the mock Van Gogh "Exploding TARDIS"  from the Doctor Who episode "Vincent and the Doctor". The poster was so awesome, I just had to get it framed.

I took it to Ben Franklin's in Oconomowoc who did an EXCELLENT job on it! It took about a month and cost me some money, but I think it was well worth it. Franklin's didn't open till 9am and I didn't want to go home and come back. So I browsed ACE Hardware and got a utility knife.

I got home, tore the wrapping off and got that bad boy hung in my office. I LOVE IT!

Got up this morning and finished an episode of the "Closer" I fell asleep watching last night. It was "The Butler Did It" from the first season.

I'm working second shift this week, so I won't be able to make it to the Science Lunch todays, fire drills tomorrow, or the Theocratic Ministry School on Thursday. Kind of bums me out, but I get to learn the filler on one of the can lines this week. It will be my first time on a can line and on a filler. Should be fun!

A New "My Fair Lady"

I picked up "My Fair Lady" yesterday at WalMart for $10. I couldn't believe this one isn't already sitting next to "Guys and Dolls" on my DVD shelf! It's one of my favorite musicals, 2nd to Evita.

While I was watching, it occurred to me how cool it would be if they remade it. I'd have Gerard Butler play Professor Higgins, Lea Michele Sarfati as Eliza Doolittle, and Josh Groban as Freddy Eynsford-Hill. I haven't decided on the rest of the cast, I'd try to sneak in Sarah Brightman, and a couple of pop icons like Gwen and Fergie too. I'm totally jazzed about something I could never do! =( 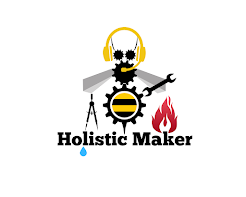